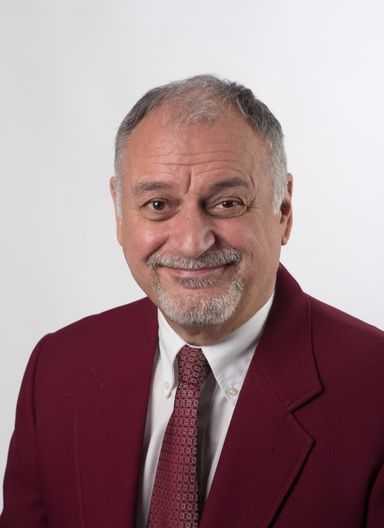 WHAT KIND OF PENALTY AM I LOOKING AT? In New York State, a person can be arrested for an offense in violation of the Penal Law. The most serious offense is a felony which may result in a fixed or variable sentence in a state prison. A misdemeanor may result in a sentence of up to one year in the county jail. Felonies and misdemeanors are crimes, violations are not. A violation may be punishable by up to thirty days in jail. Typically parole may apply to a felony and probation to a misdemeanor. These are sentences served outside of jail or prison but under strict conditions, a sentence served outside of jail.  All offenses carry fines, some quite substantial, victim impact fees, and other components as part of sentencing.

WHAT HAPPENS AT MY ARRAIGNMENT? At the first appearance, the defendant is arraigned. The judge advises the defendant of the charges and rights, such as right to counsel, and sets a date for further procedures as well as bail.  Bail is an amount of money or other security that must be posted to ensure the defendant shows up for appearances and a trial, otherwise the accused goes to jail awaiting trial.  The prosecutor is the attorney who represents the government (the "People") and seeks to convict the accused. The default on the issue of bail for a court is release without posting any security, even for many types of felonies.  Otherwise, for select offenses or situations, bail may be set, and these are called qualifying offenses for bail imposition.  A defense attorney is the person one hires to represent the accused. The law provides that if the defendant is shown not to be able to afford an attorney, the court appoints one. In such case, the accused has no choice as to who represents her.  However, that does not stop you from hiring private counsel instead at any time.

HOW DO I LEARN WHAT EVIDENCE EXISTS AGAINST ME? Under New York State's very comprehensive disclosure statute, virtually all evidence or other material in the People's possession must be turned over to the defense counsel generally within 30 days of arrest.  This includes inculpatory or exculpatory evidence, any type of recordings, forensic evidence, photographs, police reports and notes.

I THINK MY RIGHTS WERE VIOLATED BY THE POLICE IN ARRESTING ME OR GETTING EVIDENCE. Evidence can be challenged prior to trial by a defendant by making a motion to suppress such evidence if it was illegally obtained by the police. Often, the court must listen to some testimony to determine the facts as to how the evidence was procured, so it holds a pretrial hearing. The hearing is only to determine if the evidence should be included or excluded at trial, and does not determine the guilt or innocence of the defendant.

WILL I HAVE TO HAVE A TRIAL? Subsequently, the case may proceed to trial for a factual determination of whether the accused is guilty or not. A felony charge entitles the defendant to a jury of twelve, and a misdemeanor a jury of six. They must all find the defendant guilty beyond any reasonable doubt in order to convict. If they cannot agree, the jury is "hung" and may require a re-trial or other settlement. If they all agree that the government has not proven that he is guilty , the defendant is acquitted and remains free or is set free.

The decision to try a case depends upon a number of factors, including is one in fact guilty of something, and even so, what offer, if any, is the government making as an alternative to trial (called a "plea bargain") and what would the sentence be? What is the strenth of the evidence the People will use, what are one's defenses, how experienced is your attorney at criminal trials, and perhaps most of all, what is your risk tolerance?

DON'T I HAVE THE RIGHT TO APPEAL A CONVICTION? If convicted, the defendant is sentenced but has the right to appeal in writing within 30 days of sentencing, but successful appeals are rare. Even if successful, it usually only results in a new trial. So, the most important phase, if reached, is the trial itself or the plea bargain.  Plea bargains are virtually unappealable.

YOUR RIGHTS IF ARRESTED.  In New York, even during the investigatory stage (i.e., one is only a "witness," "person of interest," or a "suspect," but not formally arrested yet), one may affirmatively invoke her right to counsel. One may simply state, "I want my attorney here if you want to question me." Then one must give the attorney's name, and one should contact the attorney.   Defensively, one should take the position that when my attorney is sitting next to me, I'll agree to speak if s/he says it is OK. The police are required to respect the fact that you have invoked your right to counsel, and question you no further without your attorney present.

However, since one is not yet under arrest, no Miranda warnings are required, so one must be aware of this speak up. Otherwise, these informal chats with the police may result in the person making admissions or even a confession during such questioning. So it is good practice to carry a criminal law attorney's business card.

Remember, the average citizen is no match for the police, regardless of one's educational level or intelligence. They are trained at eliciting evidence from people and very good at it, and the law even allows them to lie to the suspect. One's best defense is exercising one's right to silence immediately  and getting a great criminal attorney. One should decide to contact such attorney BEFORE the damage is done.

GOING THROUGH LITIGATON and CHOOSING A CRIMINAL LAW ATTORNEY. If you are charged with a crime or being investigated, don't try to fix or avoid your legal problems on your own...get help.  I am personally available.

As in any field of law, one should choose someone who has an excellent background and experience in the field of criminal law. Ask:  How much of the practice is criminal law? How much criminal trial experience? Is the attorney highly recommended? What type of criminal cases does he usually handle? If one is charged with murder, someone concentrating in drunk driving cases might not be the right person. But even that would be better than an attorney who usually handles only real estate closings. Finally, you should feel secure with the attorney....he should be able to explain things to you, and you should feel you are in good hands...if so, that's the attorney for you.

This website constitutes attorney advertising and the contents of any links to other websites are not our opinions or in our control.  The law firm does not collect any information through cookies or otherwise invade your privacy although third party services you use to access this site or link to may .